RES: Resisting the split of retail and investment banking

In a recent article with Scott James for the European Journal of Political Research, we argue that perceptions of leadership and preference similarity determined the collaboration of stakeholders to UK banking regulation.  Our analysis is based on a very rich dataset that includes interviews with all key organisations on their interaction with other stakeholders.  It also involves attribute data on how they are perceived by others in this policy space, by expert assessments and by case study data.

By using a plurality of methods, core among which were network simulations, we were able to determine the effect of a number of attributes and ‘dyadic covariates’ to the collaboration among these actors.  We examined leadership, similarity in preferences, issue salience and political capital among others.  We found a very strong effect for preference similarity and leadership in predicting the formation of ties.

While we cannot generalise from one case study to all banking regulation we can make inferences with a degree of confidence on the drivers to collaboration of actors such as the ones we studied.  Actors faced with a major regulatory challenge rally around those with a leadership reputation that they also perceive to share their values.  So, policy outcomes can be better surmised by looking at actor networks rather than at their relative economic or political power. 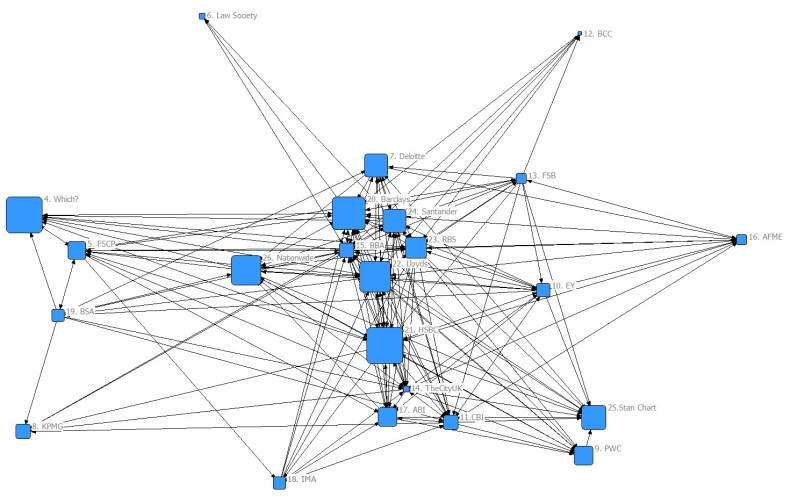